The new and improved eighth edition from Camps Australia Wide is hot off the press and available for all those who seek free, low cost and unique camping spots. Personally updated by the publisher Philip Fennell and his wife and partner Cathryn, Camps 8 contains over 350 new sites, all existing sites have been checked for suitability and many of the ‘day use’ listings have been removed based on customer feedback. 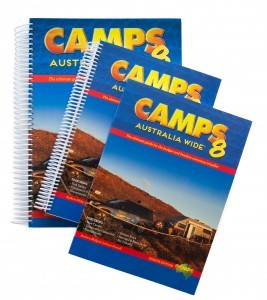 According to Philip, the other major changes were made to improve and simplify the layout on the maps, make them less crowded and therefore easier to read. “We redesigned the icons and they indicate the site position and number. Also, the indexing is now state by state, found at the front of the campsite listing.”

Camps 8 truly is a labour of love, after purchasing the company in 2006 from another couple, Philip and Cathryn spend over six months on the road each year updating their guides and apps. On their most recent trip, they travelled over 12,000km through South Australia, northwestern Victoria and southwest New South Wales for five weeks verifying campsites.

“We don’t put anything in our guides that we haven’t physically seen and inspected,” explained Philip. “A lot of other apps and guides use crowd sourced information and people need to be careful when using those products. They might not be accurate.” 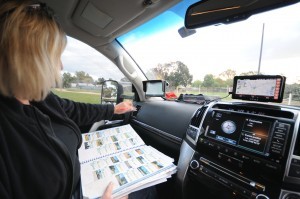 When we asked him how he discovered new sites Philip explained that a lot of information came from word of mouth, tourism offices, and communities looking to increase visitors. On a recent trip to Nhill in Western Victoria, they were informed of an old military airport now being used as a campsite and military museum. Visitors are welcome to stay overnight for a gold coin donation. 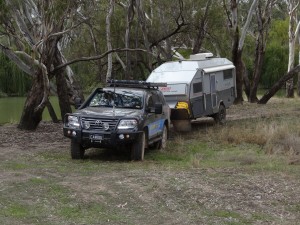 “A lot of people we talk to prefer to stay in the free sites,” explained Philip. “Backpacers, caravanners, travellers all tell us that the free sites are more social than places like caravan parks or national parks. People are more likely to talk to each other if they don’t have delineated sites.”

One of the biggest challenges facing free campsites is the lack of respect and care from some of the visitors. “A number of free sites have been closed down because people weren’t removing their rubbish,” said Philip. “You must tread lightly and leave no trace you were there. A lot of times we tell people to tidy up even if they arrive and there is already rubbish. Just do everyone a favour and burn it.”

When we asked Philip what some of his favourite camping spots were he said there were too many to list. “Cape York and Western Australia are first on the list,” he said. “But we prefer the places less travelled, especially national parks that take a lot of effort to get to.”

He’s run into a few stranded motorists over the years and always travels with a complete set of recovery gear and communication devices, one rescue even turned out to become a business referral.

“We were driving across the Great Central from Uluru into WA and of course there wasn’t a lot of traffic,” he explained. “We came upon two cyclists, one Australian and German, and the Australian cyclist had come down with a serious virus. We took him to a nearby Aboriginal settlement, called a nurse and it turned out he had Dengue fever. We had to call the RFDS to come pick him up. “

“When the RFDS was flying in it was dark, so members of the Aboriginal community had to light up the oil drums so the plane could land, it was really beautiful. The German cyclist had a blog and wrote the story up and we continually get traffic from her site and a thank you post card from the Australian cyclist each year.”

For Philip and Cathryn their rig is a Toyota LandCruiser and an Australian Offroad caravan. They have it set up with ARB aftermarket gear including a bull bar, winch, and long range tank.

Philip never leaves home without a packet of matches. “A fire at nighttime is important,” he said. “It’s a great way to meet people and one of the things I look forward to the most.”

For the future, Philip and Cathryn are looking forward to continuing to grow and update their guides and apps. They want to enjoy as much of Australia as they can and make it easy for other people to do the same. His best advice is to always be safe and make sure that you have the right communication equipment. “Too many people are in a rush,” he said. “It’s important to enjoy yourself.”

For more information about Camps 8, visit their website Camps Australia Wide at www.campsaustraliawide.com