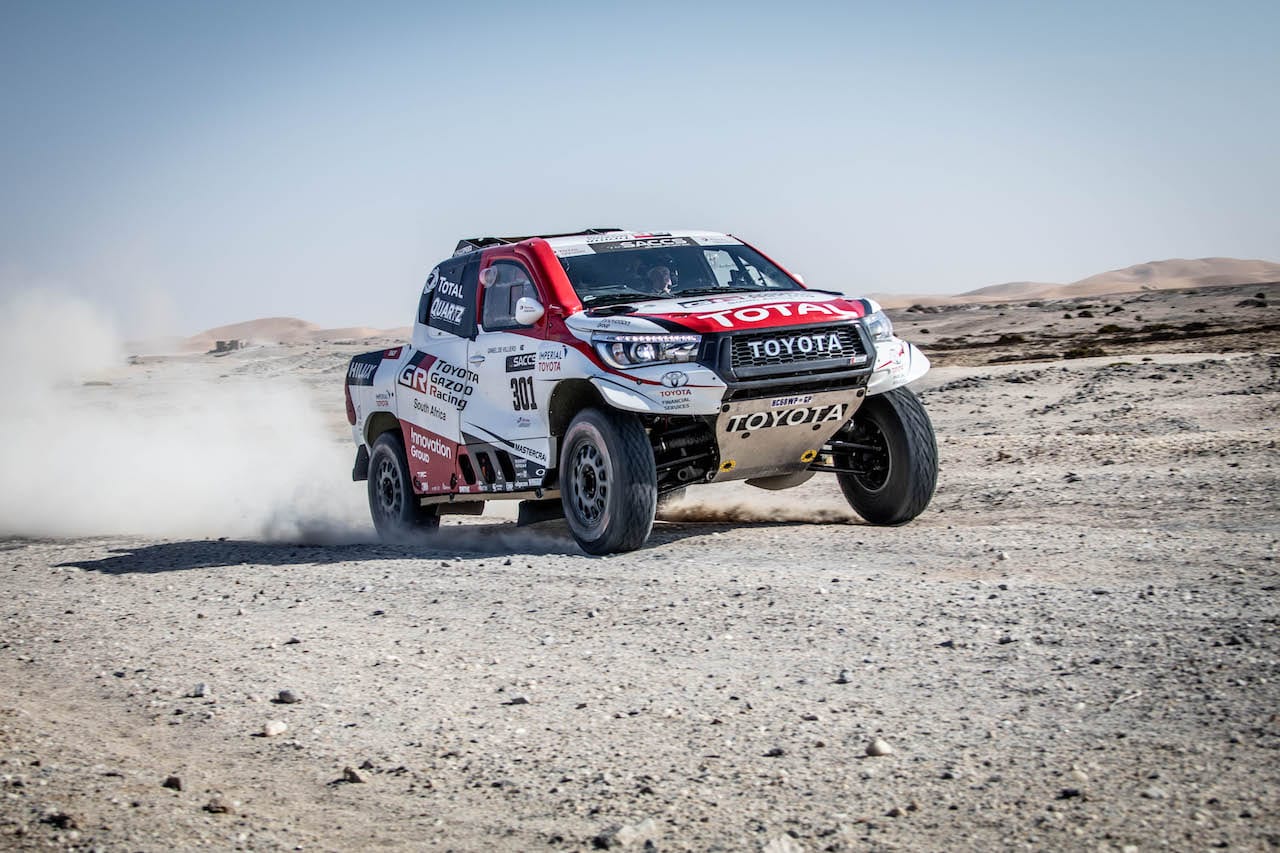 Two-time Formula One World Champion, Fernando Alonso has completed three-days of testing in South Africa with Toyota Gazoo Racing confirming he will race at the 2020 Dakar Rally. While Alonso was being put through his paces in the desert, teammate and former Dakar Rally winner, Giniel de Villiers was putting the HiLux through its paces and testing components for the 2020 version of the rally-raid-ready HiLux.

The team completed a total distance of nearly 2,500 km over the three-day test, with more testing scheduled for later in the year. 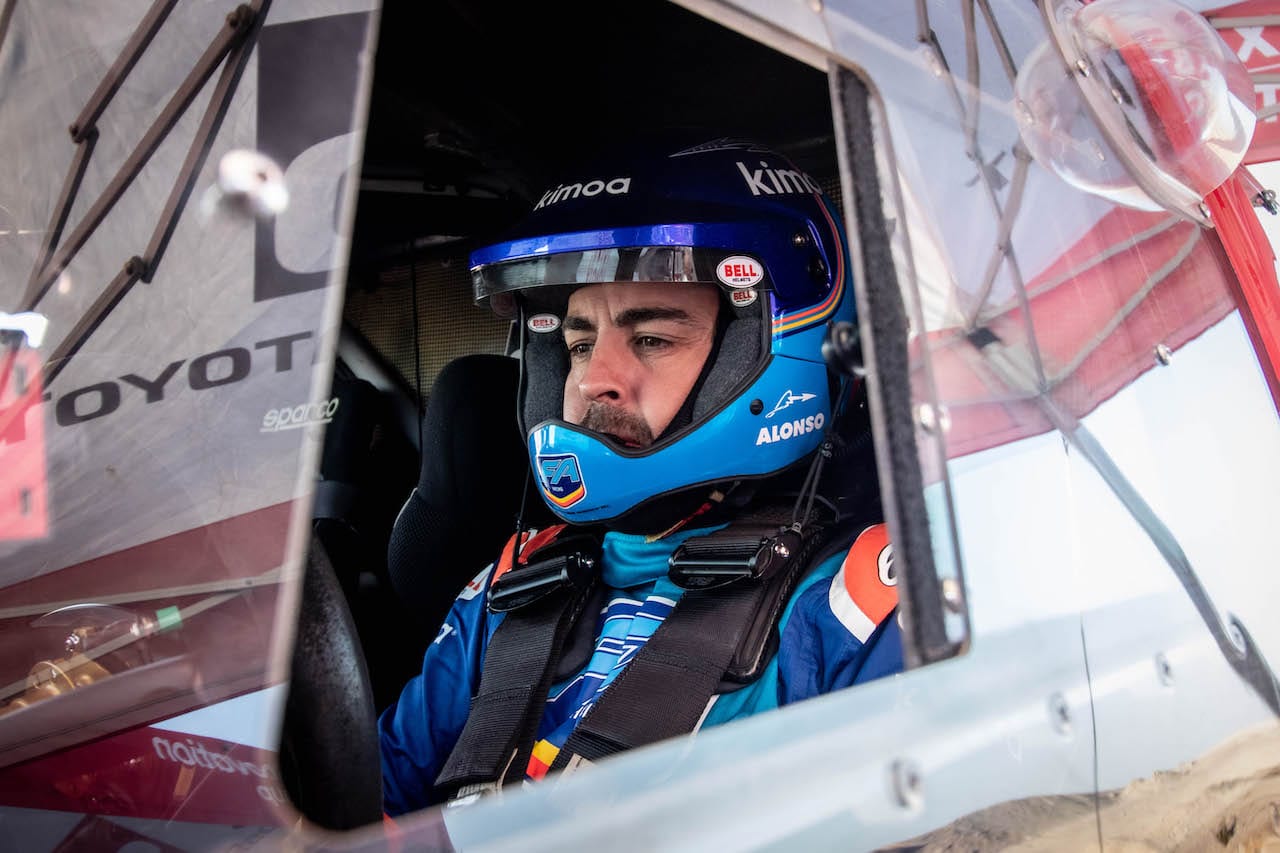 Speaking about his three days of testing, Fernando Alonso said, “I’m very happy with my progress after this week’s test and starting to understand driving in the dunes a lot more and thanks to the tuition by Giniel we made good progress. My mind-set right now is to approach the preparation as an adventure and try to improve step-by-step every time I jump in the car. As a racing driver, there’s always a competitive spirit inside of us which will come alive at the right time. With so much I still have to learn, working with an experienced team like Toyota Gazoo Racing is really a big weight off my shoulders. The team has a proven track record and they have been consistent over the years allowing me to focus on the milestones I need to reach every day.” 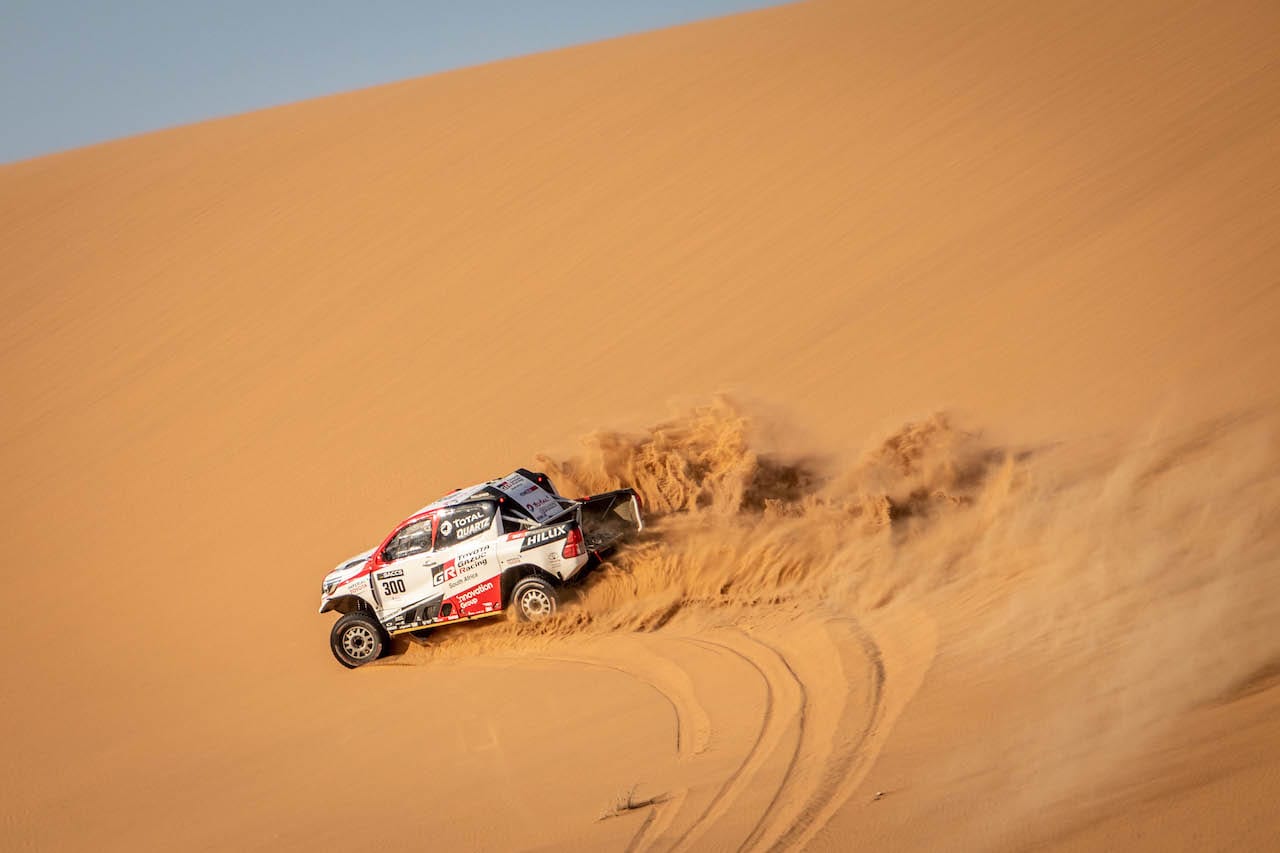 Teammate and mentor, Giniel de Villiers said, “Fernando is an extremely quick learner, and he is clearly a very talented driver. He quickly adapted to the Hilux, and if he continues to learn at this pace, I feel confident that he will be able to take on the rigours of the Dakar Rally. His professional approach to this project speaks to his discipline as a racer. I look forward to continuing on this journey with him.”