Nissan will introduce a new Navara range in early 2021 with a new look, new safety tech, improved load carrying capacity and the introduction of a new range-topping PRO-4X model.

Nissan has taken the wraps off its new Navara range that is set to go on sale in Australia in the first quarter of 2021.

Based on the existing D23 platform, the updated Navara gets an all-new, bolder look thanks to a new “interlock” grille, raised bonnet line, new bumper and new LED headlight clusters. The rear-end has also been revised, with double-cab models getting a higher tub wall (20mm) and new tailgate and tail light designs. The “interlock” grille gives the Navara a Titan-like look, and Nissan Senior Design Director for pickups and frame SUVs, Ken Lee says, ““Equipped with the latest advanced technologies the new model features a very recognisable, iconic look, but it is now more imposing in nature with its high command structure, new interlocking frame grille and new high-tech, squared C-shaped headlamps.”

The new PRO-4X model will replace the N-Trek variant in the Navara line-up, and Nissan Australia says this new top-spec model will eventually be the basis for the next-generation Navara Warrior. Nissan says the PRO-4X is “aimed at adventure lovers and travellers craving an escape from their daily routine”. The PRO-4X gets unique styling elements including a black sports bar, orange accents, black badges and black 17-inch allow wheels with all-terrain rubber. Here’s a video of the PRO-4X in action, filmed at Rob Emmins’ excellent Melbourne 4X4 Training and Proving Ground:

As well as the styling makeover, the revised Navara gets a host of new safety features that fall under the Nissan Intelligent Mobility umbrella. These include Intelligent Forward Collision Warning, which monitors two vehicles ahead when driving to minimise the risk of multi-car accidents; Intelligent Emergency Braking; Intelligent Driver Alertness; Land Departure Warning; Intelligent Lane Intervention; Blind Spot Warning; Rear Cross Traffic Alert; and Intelligent Around View Monitor, which uses four cameras to aid visibility when driving in tight spaces or when hitching a trailer. The Around View Monitor now also features an off-road monitor to show obstacles when driving at low speeds in 4X4. Importantly, Nissan Australia boss Stephen Lester says the full suite of advanced safety features will be available across the entire model range.

The revised Navara also gets a strengthened rear axle is claimed to allow for greater load carrying capacity, and Nissan says some models will have a payload of up to 1200kg. Maximum braked towing capacity remains at 3500kg. A new steering rack has also been fitted, and this is said to improve manoeuvrability at parking speeds as well as improve steering response across the speed range.

There have been changes on the inside of the new Navara, too, and Nissan says it has worked on improving NVH levels through the use of more sound-deadening insulation. It has also equipped Navara with a new steering wheel and revised instrument panel with an 8-inch colour touchscreen screen and a 7-inch high-resolution TFT screen. The rear seats have revised seat cushions and back shapes, and a fold-down rear armrest now incorporates cup holders. 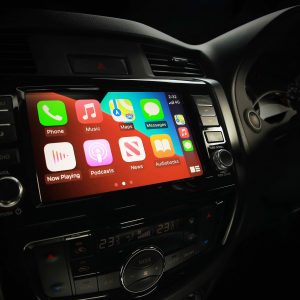 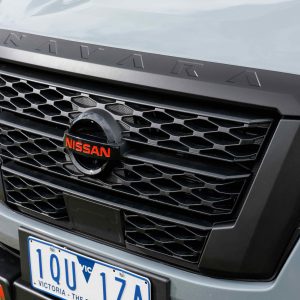 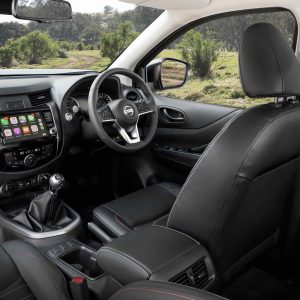 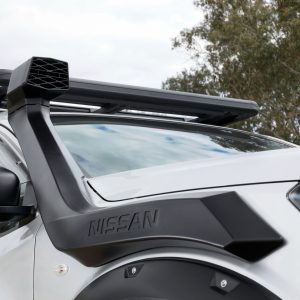 On the tech front, the Navara will get the new Nissan Connect infotainment system for easy Bluetooth connectivity and Apple CarPlay/Android Auto. In addition to numerous USB ports throughout the cabin there’s now a USB Type C port on the centre console.

The driveline remains unchanged which means the base-spec model will get a single-turbo-diesel engine while mid- and top-spec models will get a 2.3L twin-turbo-diesel engine making a claimed 140kW at 3750rpm and 450Nm at 1500-2500rpm. There’s a choice of six-speed manual and seven-speed auto transmissions. All but the base-spec also get a five-link coil spring rear suspension and all models have a double-wishbone IFS.

We’ll bring you more details and pricing on the Aussie-spec Navara range as it come to hand.